Posted by Gary Burnett on 7/23/2014 to Press News
Justin Theroux recently appeared in Interview magazine wearing a men's necklace with a gun pendant by Lazaro SoHo as he talked with Amy Sedaris.  The two of them reminisced about meeting through the late Phil Seymour Hoffman and Theroux reveals his early career working for Ringling Bros. and Barnum & Bailey Circus.  He is a talented actor with roles in movies like "I Shot Andy Warhol", David Lynch's "Mulholland Drive", and "American Psycho".  He has been a scriptwriter working on "Iron Man 2", and alongside Ben Stiller for "Tropic Thunder".  He has more recently started directing movies like "Dedication"  starring Billy Crudup, and is currently working on the upcoming "Zoolander 2".  Theroux is known for his love of jeans, boots, and motorcycles.

He has had some fun with this bad boy image.  He amused Jimmy Kimmel as he googled some of his own "Mug Shots".  His style and his sense of humor show up in his interview with Amy Sedaris and the photos of him wearing a gun necklace.   Designer jewelry for men like one of the beaded men's bracelets he wears along with the silver necklace by Lazaro SoHo are able to keep up with him, not just the image but the talent behind it.
Shop the necklace that Justin wears HERE. 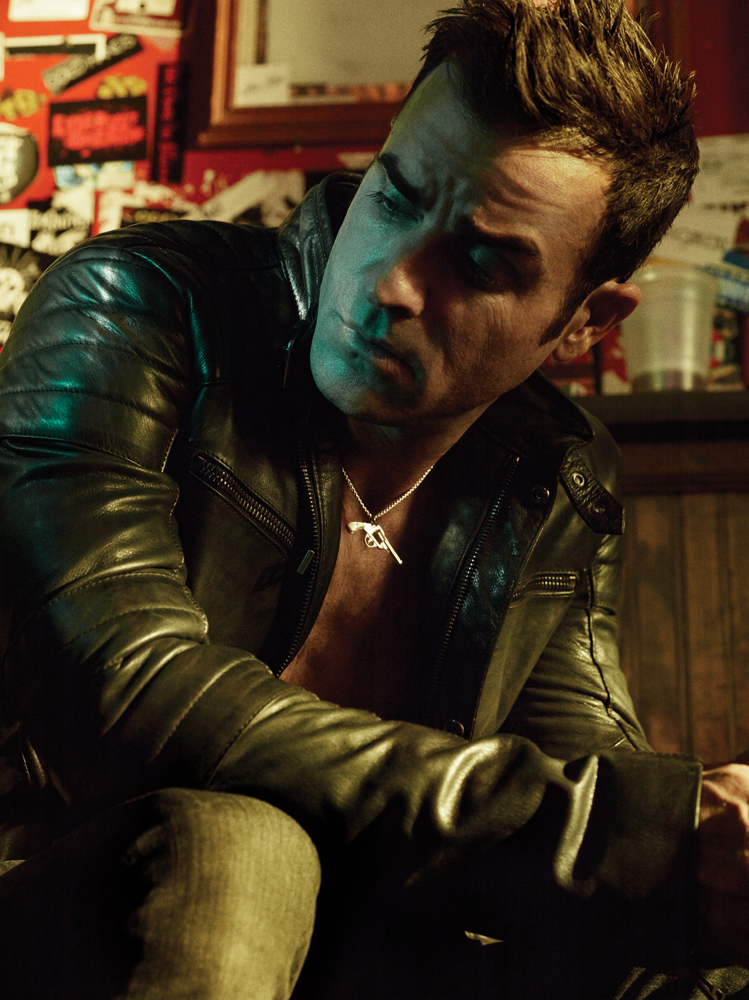 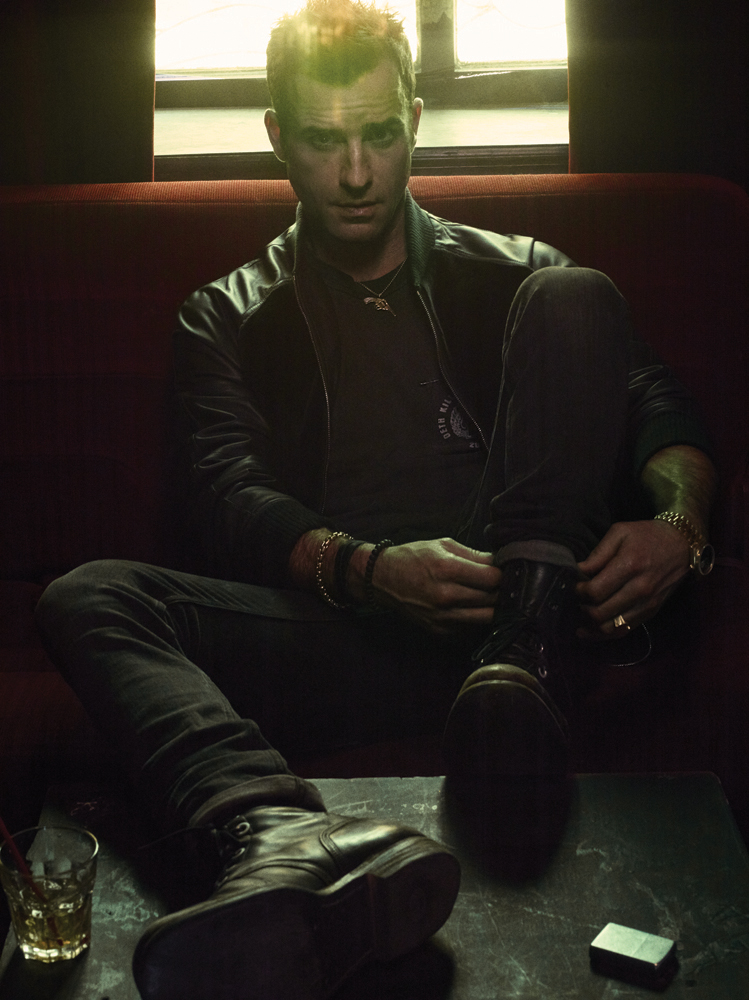