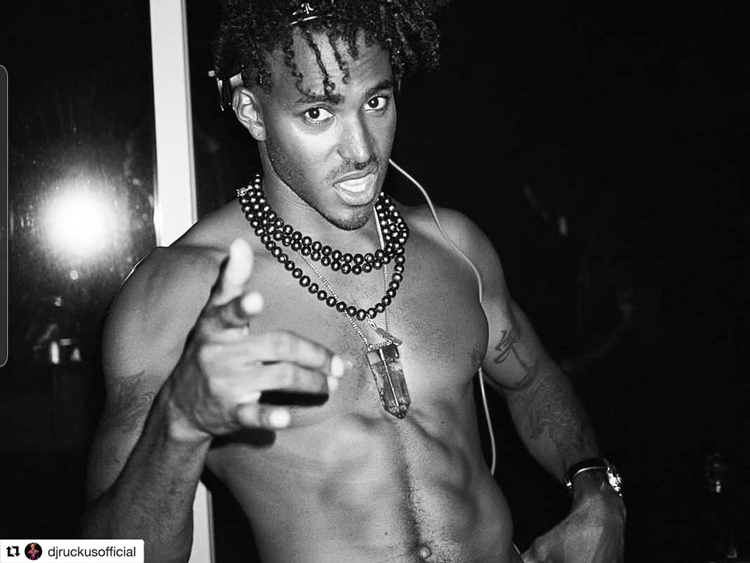 DJ Ruckus, also known as Greg Andrews, has always had a beat in his step and a song in his heart. The New York native followed in the footsteps of older cousin Lenny Kravitz by developing his love of music into a multi-million dollar career. At age 14, he was gifted his first set of turntables and he threw himself into his passion, even going so far as printing business cards to give out to family and friends. His life was never the same. Greg’s hard work paid off when at the age of 15, he was given the position of resident DJ at Crobar Nightclub in Miami Beach. World tours, traveling, and creating hits like his 2018 song “Pass Out” can take up a great deal of time and energy.
During his well-deserved leisure time, Greg can sometimes be seen touring New York City’s local dining and entertainment scenes. He frequents local restaurants like Chalk Point Kitchen, one of his favorite brunch spots. Also a stickler for authentic artwork, he enjoys taking a stroll down to West Houston Street to catch showings of documentaries and independent movies at Angelika Film Center. With such a fine taste for quality food and entertainment, it is clear to see that DJ Ruckus has his finger on the pulse of New York City.

Greg Andrew’s appreciation of the finer things in life has also put him in the spotlight as a fashion icon. He is regularly praised for his model-esque physique and style. At high-profile fashion events, he can often be seen rubbing shoulders with the likes of designers like Louis Vuitton, Alexander Wang, and Calvin Klein. Ruckus was even hand selected by Marc Jacobs to be a face of his 2013 campaign “Protect The Skin You’re In” which raised funds for skin cancer research. The stylish DJ is often seen sporting one of his favorite pieces of jewelry, a Lazaro Soho Tahitian Pearl Necklace. He loves this necklace so much in fact, that it is pictured at least 20 times on his official Insta account! The feedback is certain, Ruckus’ fans and colleagues agree that this look is a hit! Get this style for yourself, check out our collection of men’s pearl necklaces. 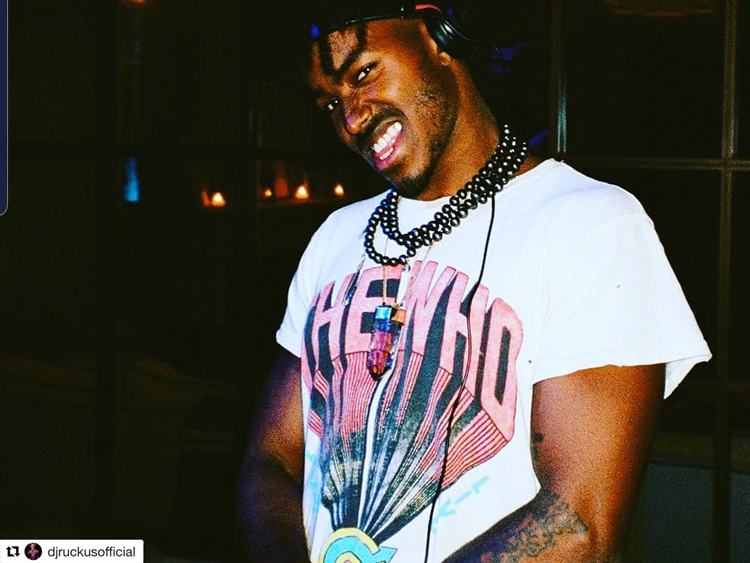 Called “the most sought after DJ in the world” by GQ Magazine, DJ Ruckus is always on the go. From private parties like Steven Spielberg’s children’s Bar Mitzvahs, to stadium concert tours and high-fashion events, it looks like no one can get enough of this shining star. Of his work, DJ Ruckus says that his goal is to create timeless music that people will want to play forever. Some of his most viral remixes include songs like Ludacris’ “Move Bitch” and Busta Rhymes’ “Break Ya Neck.” His “signature fusion of hip-hop, rock, electro, house, soul, funk, and reggae” captures audiences around the world and leaves them wanting more. Check out DJ Ruckus’ Instagram at @djruckusofficial and take a listen to his music on his official Soundcloud account.
comments powered by Disqus