Zac Brown and Chris Cornell of Sound Garden starred as musical guests on Saturday Night Live last weekend, which was hosted by Australian actor Chris Hemsworth. Zac Brown and his band played "Homegrown" to start off the set. The nostalgic ode to life in a small town relied on tight three-part harmonies that drew the audience in for more. Chris Cornell joined in for the second song of the night, "Heavy is the Head", and the hard-rocking change of pace blew everyone away as five electric guitars surged with high energy riffs. Zac Brown owned the stage donning a plumed top hat and wearing a saber tooth tiger ring, a skull link men's bracelet, and a python raven necklace for men from Lazaro SoHo that looked great on him. The collaboration with Chris Cornell of Sound Garden who sang to Hopkins' lead guitar left Rolling Stone Magazine asking if some of this energy was a taste of what's to come. Zac Brown's band will release their fourth studio album, "Jekyll + Hyde", on April 28th. The performance was a great way to kick off that release and the North American tour that will follow on the heels of that album on May 1st in Nashville.

Chris Hemsworth was a great SNL host who didn't take himself too seriously. The actor best known for his role as Thor in Marvel Studios superhero films found himself in a spoof about super heroes, where he appears celebrating on the news after a victorious battle as Thor. He does a great job in a scene where he plays a cadet in a love affair with a chicken who is also a space captain. The mash-up of reality shows parodied in another skit showcasing the synergy of talent Beck Bennett and Kyle Mooney bring to SNL was a hit. Some of the men's jewelry by Lazaro SoHo that Zac Brown was wearing is linked below. Our collection of skull bracelets for men, or the different men's necklaces we have bearing a pendant with python skin on raven skull, are part of a collection that is at home with the kind of energy his band showed last Saturday. It was awesome to see Zac Brown team up with Chris Cornell, and Chris Hemsworth was a great fit for Saturday Night Live. If you missed it you have to see it. 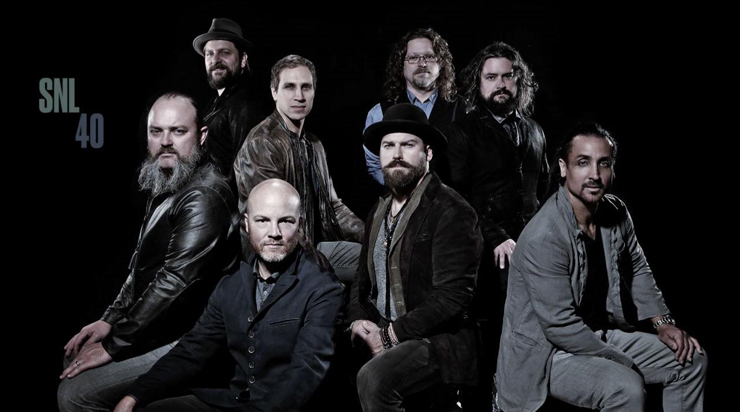 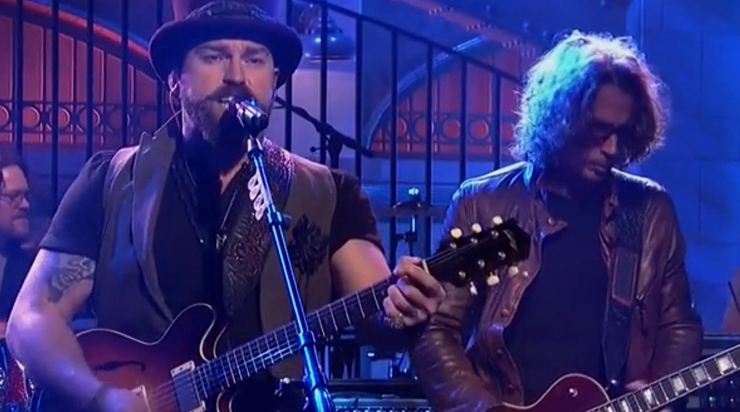 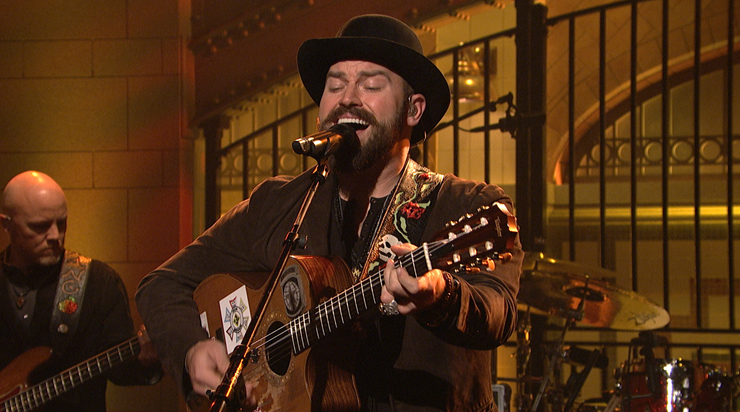 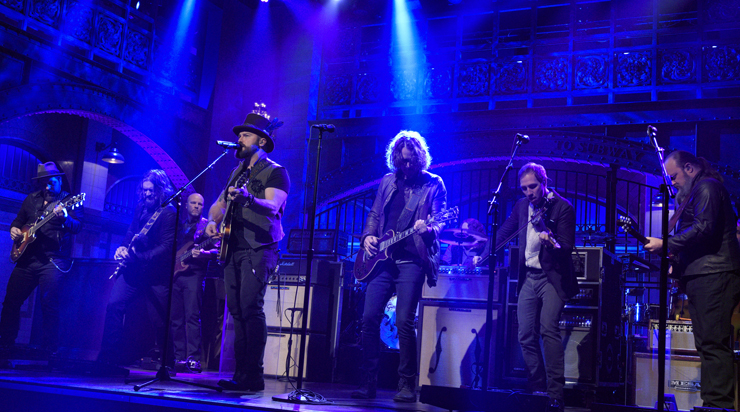 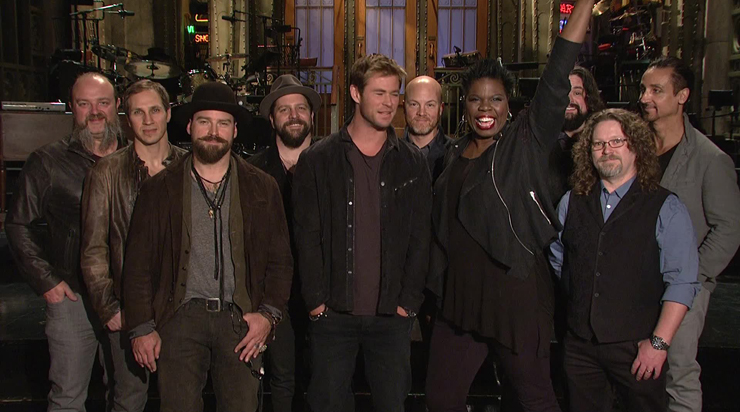