What a Man's Necklace Says About Him 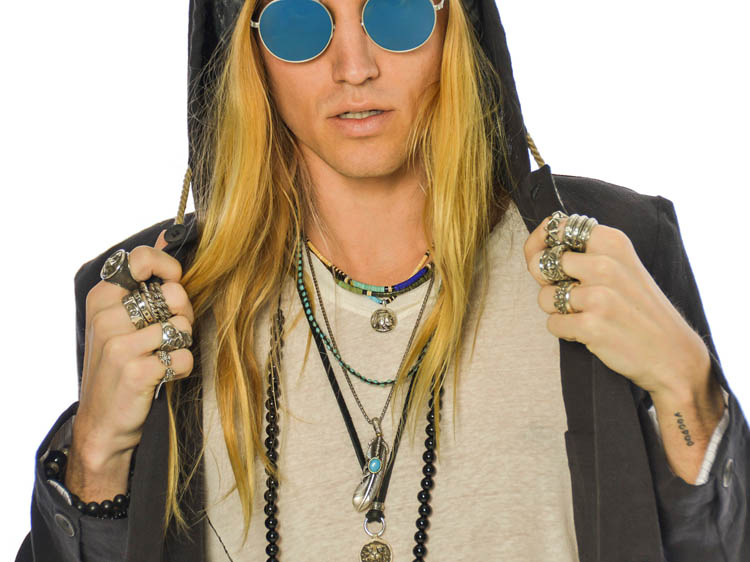 Posted by on 4/1/2018 to Jewelry
A necklace is considered one of the most “difficult” items to wear in the sense that it will likely have the most impact over any other accessory on your overall ensemble. There is, however, a wide array of necklaces worn for personal reasons that are typically worn under the clothing - religious pieces or issued dog tags for example. To find a look that meshes with your overall style and personality, can often be a challenge for some men.

At Lazaro, we pride ourselves on matching our unique clientele to equally unique necklaces.

To help guide you to the kinds of necklaces that best fit you, Lazaro has put together this crash course on Men’s Necklaces: the types, understanding terminology, materials and symbols, and what we ultimately recommend.

The Style of Necklace

While there is perhaps an unlimited variety of necklaces, we are going to focus on the contemporary styles. The types worn by people in the modern world all give a very different impression of the wearer. From thin gold chains to large wooden beads, the range is immense even within the offerings of a single company. To know where to start your search, it can be helpful to lump these necklace types into general categories. While at our shop we have over 23 collections of necklaces , for now we simplify it to three main types:

Perhaps the oldest and most common form of necklace, these pieces serve as tangible symbols of one's beliefs or identity. While these are often worn for personal reasons and under the clothing, others choose to display theirs up front and center - with as much personality as possible. Both are acceptable, and both have a large assortment of choices to pick from.

Some examples of necklaces that fall into this category are:

What this type of necklace says about you will likely be reasonably apparent depending on the symbol you have chosen. The level of just how open you and proud are about that trait is what this will determine to the viewer. 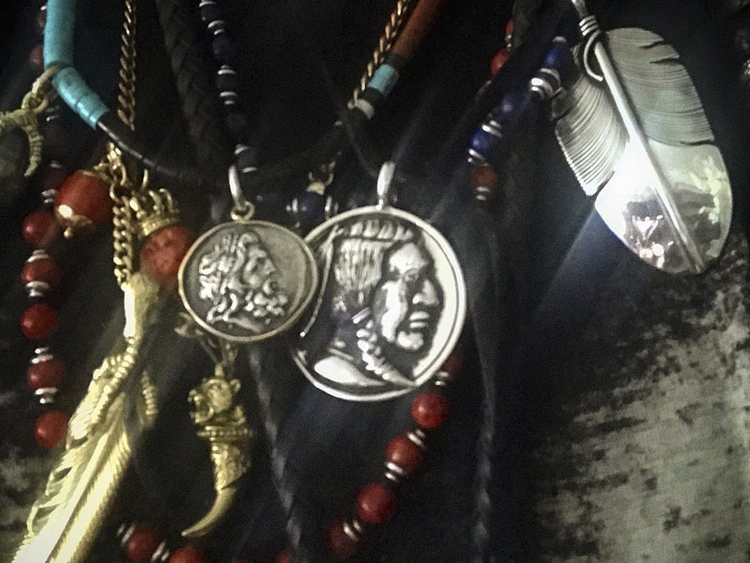 Generally speaking, pieces in this category don't necessarily represent a part of your identity, but instead are made to provide some sort of benefit. While these will almost always have heavy influence from one culture or another - they are not necessarily exclusive to one region or even one set of beliefs. The best example may be the evil eye symbol. This symbol is believed to help ward away a curse cast from a malevolent stare - and it is a belief that can be found in areas ranging from Turkey to Mexico.

These may not directly say anything about you specifically, but they do give off a vibe of someone open to the idea of a broader realm of possibilities. Belief in higher powers, or at least an appreciation for the beliefs of those who came before us.

There are numerous pieces of “cursed” jewelry in existence. One such piece is the Black Orlov Diamond. Apparently, this jewel was stolen from the eye socket of a statue of the Hindu god Brahma in Pondicherry. This theft caused the jewel to supposedly curse and lead to the death of multiple people, including two Russian Princesses in the 1930’s.

Sometimes something just looks amazing, and very often that something is a necklace. At Lazaro, we have been decking out celebrities and rock stars in unique and eye-catching accessories for years. Your style will be entirely dependent on you, but if you appreciate the styles worn by people like Robert Downey Jr. or Lenny Kravitz, then you will understand what Lazaro has to offer in this area.

These necklaces are used to accentuate your chosen style, and that style is what will ultimately determine how one is perceived.

These are the pieces built for the stage, or at least for those who wouldn’t be out of place on one. Typically bigger, flashier and all about making a statement. Typically one of confidence. While trends come and go, there is a certain timelessness to simply being bold.

These can range from simple and handsome silver chains (great for formal attire) to the less subtle beaded pieces. While these are not typically as flashy as the Rocker pieces they are no less attractive or effective in bringing home your outfit. 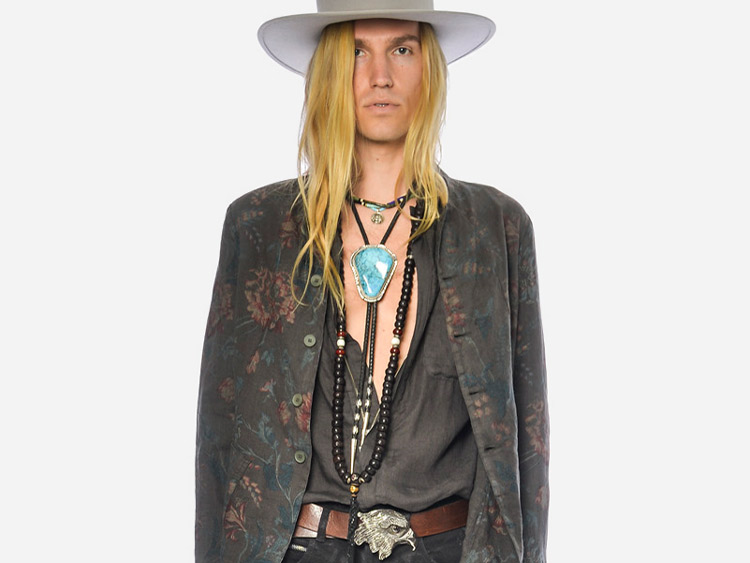 What a Necklace Will Ultimately Say About You

While there have been plenty of studies that either explore the styles worn by types of people or delve into the wider i mplications of clothing trends in general , it doesn't take a scientist to understand that how you choose to present yourself will affect how others perceive you. Necklaces have been shown to generally correlate with men with higher levels of self-confidence, but past that, the message will entirely depend on the material, size, and symbols contained on the necklace.

There have been some crazy necklaces in the past, some even contained live bugs! The Egyptians wore scarab beetles into battle, and in the Victorian era you could find giant colorful (live) beetles being worn on the end of tiny gold chains.

It is ultimately down to you to decide on how you will look. Some will find those with a similar body type and a style they appreciate and will build from there. Others simply let their passions guide them.

Our accessories are for the bold and extraordinary - but they also mesh well with a series of styles and looks. If you enjoyed this article please share it, and the Lazaro jewelry line, with others who appreciate alternative high fashion. Also, if you have any questions or comments, please don't hesitate to reach out to us at Lazaro here.