The Power of Symbolism in Jewelry 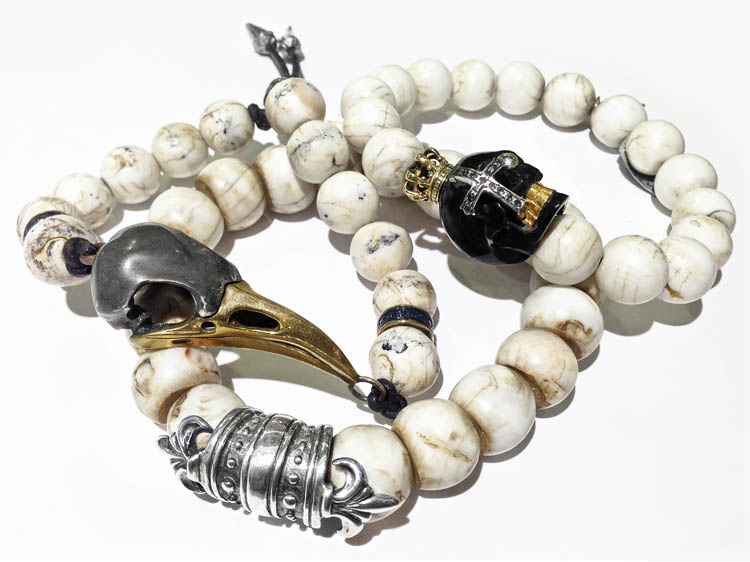 Rings and necklaces sporting family insignias, the stamp seals of a monarch, or the symbol of one’s chosen religion are as old civilization itself. Since time immemorial, mankind has used jewelry to demonstrate their beliefs, their power, or even their fears. By merely looking at the jewelry of a person, you can tell a great deal about them, no matter what year it is.

As purveyors of some of the best jewelry in the world, the team at Lazaro has had the privilege to learn about and explore numerous cultures from around the world. The vast array of diversity, as well as the underlying unifying humanness of it, has given us an entirely new perspective on what we do and why we do it.

There has been volumes written on the unique relationship between music and musicians and symbolism. Music itself in many ways is a symbolic art form and those that create it seem to have a predisposition to draping themselves in other forms of symbolism in the form of clothes, tattoos, and of course jewelry. This same correlation appears to be evident in most artistic people. Many feel that it gives our actions and life's a more profound meaning by correlating them with symbols of power - and artists seem to have a unquenchable need to do so.

We bring this up because at Lazaro we have let our unique relationship with the artistic community shape our jewelry offerings. Through the years we too have grown to learn about, appreciate and wear ourselves, a series of symbols and icons. This gives many of our pieces a more profound value than merely the gemstones and gold or silver they are created from.

To help you understand some of the items we carry, and perhaps why your favorite musician or actor keeps appearing with that raven skull necklace, we have put together a (very abridged) primer on the significant symbols found in Lazaro Jewelry. 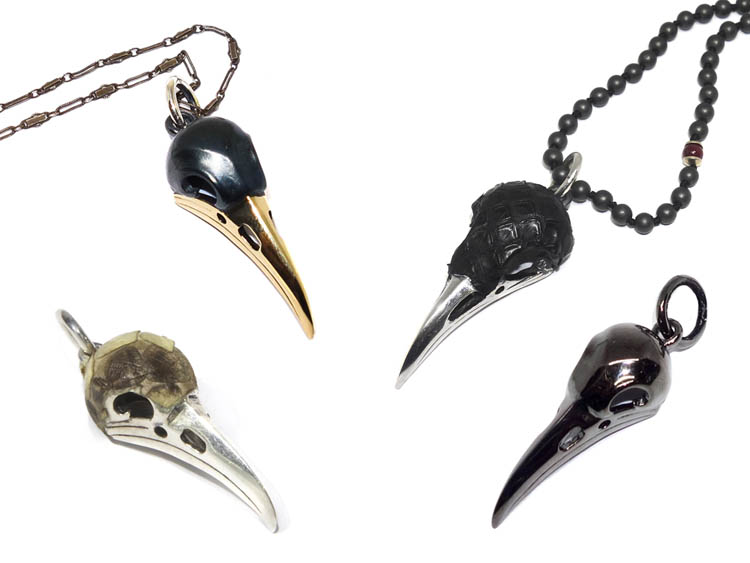 From the Sagas of Iceland to the more modern Gothic ambiance of Edgar Allan Poe, the raven has remained an icon in culture for over two millennia. It has symbolized a variety of attributes ranging from grief to wisdom.

Due to their penchant to eat carrion, they have been used mainly as a symbol of darker powers and battle, though that is not the only way they are used. Ravens represented both wisdom and intelligence to the Viking raiders and represented secrets and messages to the Celts.

We have tried to harness this potent symbol to create a truly unique line of accessories with their own dark beauty. 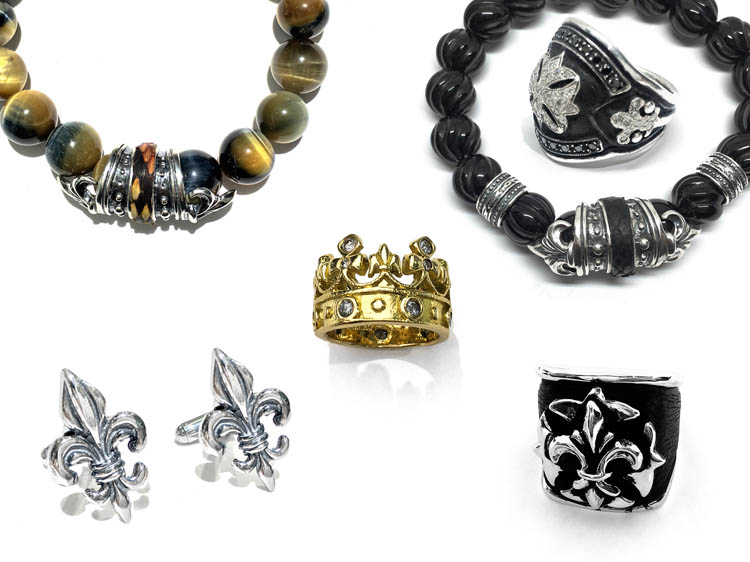 The Fleur-de-lis (flower-de-luce) or European Iris, is an ancient symbol of Europe that dates back at least as far as the founding of the Frankish kingdoms after the crumbling of the Western Roman Empire. Versions of these symbols have been found anywhere from England to Bosnia and has been used to signify nobility and power for millennia.

The most notable connection this symbol has is to the Royal Dynasties of France, as well as numerous Catholic Saints.

One 13th Century story goes that Clovis, the first king of the Franks, witnessed the golden lines on a church floor change their shape to form the fleur-de-lis before him. 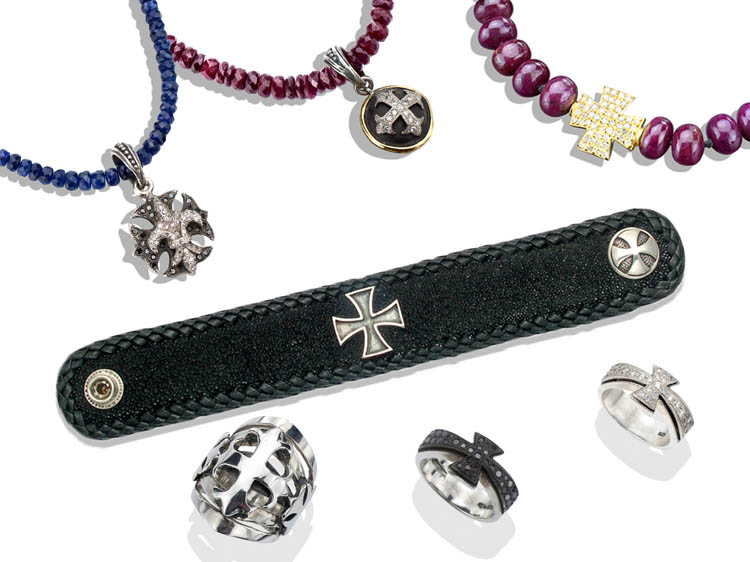 The symbol is often associated with the Knights Hospitaller, some of the most famous of the crusader orders -akin to the Knights Templar. The Maltese cross also has deep associations with the Italian city of Amalfi as well and can be found throughout the Mediterranean.

The Knights of Malta, a descendant of the Crusader Orders, used this cross as their primary symbol and is what would eventually give it its name. It is said the eight points of the cross represent the eight lands from which the knights came: Auvergne, Provence, France, Aragon, Castille and Portugal, Italy, Germany, and England (with Scotland and Ireland). The eight points were also used to symbolize the eight traits of a good knight (truth, faith, etc.).

Centuries of history in Europe and the Eastern Mediterranean have made this symbol a potent image to this day. 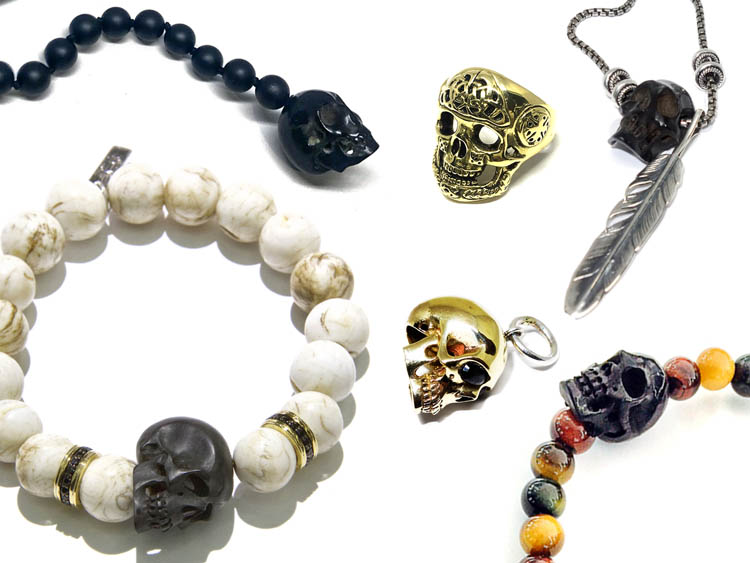 A disdain of death is the truest sign of one who has chosen to live life. The skull is a favorite piece for musicians, artists, and perhaps the occasional corsair. It clearly represents death, but also represents how one chooses to live in the face of it. Almost every human culture on earth has developed a series of beliefs around the symbol of the skull. Plus, they are pretty metal.

"A merry life and a short one, shall be my motto."

The Star of David 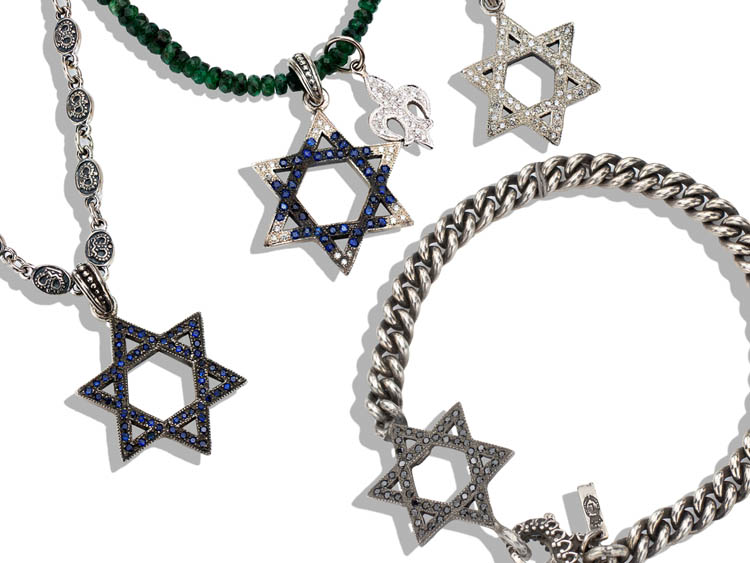 The Star of David, or the Shield of David, is a symbol of modern Jewish identity. The star can be found in Jewish works dating back to antiquity. It was adopted as the official symbol of the Israel movement in the 19th century and gained even greater emotional significance after its usage to label individuals during the holocaust.

Tombstones in Spain from a community heavy into the Kabbalah commonly used the Star of David.

Further Study on Symbolism and Accessories.

This is one of those topics that can truly be as broad as you wish it to be. I would love to spend some time delving into deeper into the history of these symbols and jewelry in general, and perhaps we will be here in the near future. Topics like how the Star of David has been worn, or even the story of the Maltese Cross as it was flown by the Knights of Malta in the siege of 1565. Every one of these symbols is full of stories of adventure, tragedy, heroes, and villains.

Past the historical weight, you have symbols that are said to provide real and tangible power in the present day. Magical runes and all that. For those who choose to believe such things, they can be all too real (and in all actuality, the placebo effect is proven to actually have an effect on you). As I said, this topic can be as broad as you want to make it.

We have hit the limit on what the scope of a single blog post will allow, but if you wish to go further down this rabbit hole right now, here is some further reading I will suggest:

Our accessories are for the bold and extraordinary - but they also mesh well with a series of styles and looks. If you enjoyed this article please share it, and the Lazaro Jewelry line, with others who share your taste in alternative high fashion. Also, if you have any questions or comments please don't hesitate to reach out to Lazaro here. 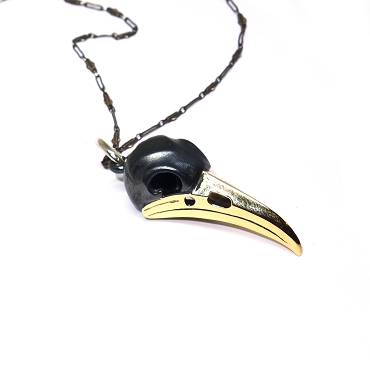 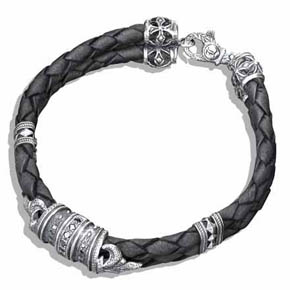 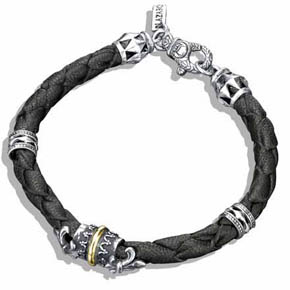 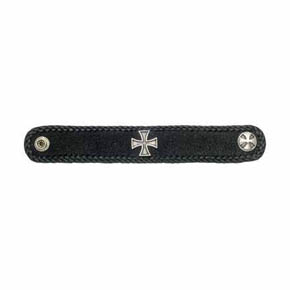 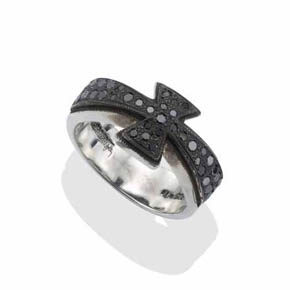 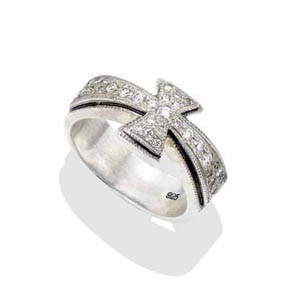 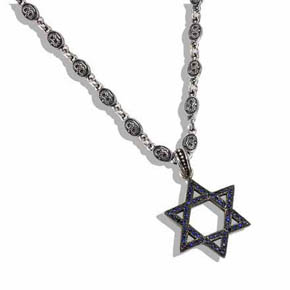 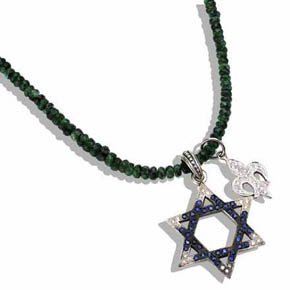