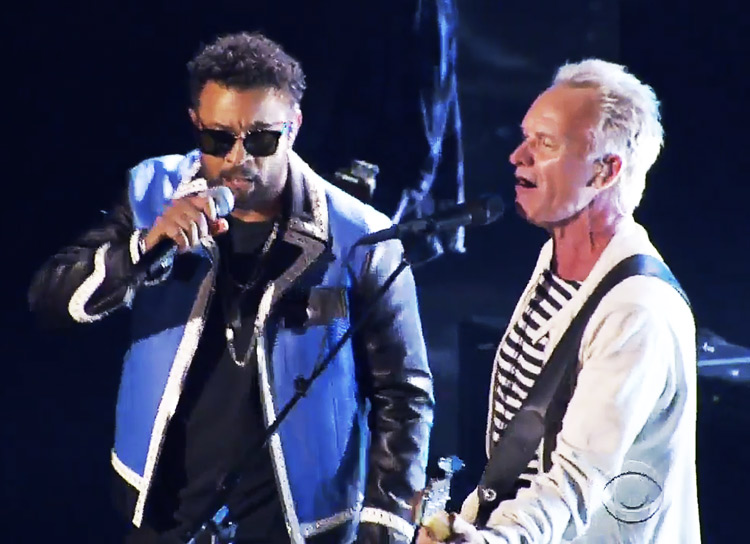 The 2018 Grammy Awards were abuzz with all manner of exciting people, performances, and outfits. One of the more notable performances, however, was the collaboration between Police front man Sting and Mr.Boombastic himself, Shaggy. The seemingly unusual pairing turned out to be a hit, and their mash-up of "Englishman In New York" and their joint single "Don't Make Me Wait” had everyone cheering.  In an interview with Rolling Stone Magazine about the collaboration, Shaggy says "…Everybody is surprised by this collaboration – by what they're hearing. We're surprising."

The friendship between Sting and Shaggy began during the summer of 2017 when Martin Kierszenbaum, now Sting’s manager, sent him an unfinished song by Shaggy titled “Don’t Make Me Wait.” Sting was immediately taken by the song, and knew he wanted to be a part of it.
According to Rolling Stone, “Shaggy had already been feeling good about the song, but Sting’s endorsement was major. "Once he cosigned it, I was like, ‘Fuck, I was right! The god’ – he points at Sting – ‘says it’s a hit!’”

Through all their hard work and time together, the pair have become close friends. The duo has been spotted together at numerous events, with Sting flying to Kingston, Jamaica to shoot a music video and preform their new single at a benefit concert together. Shaggy even made an appearance at premiere of Sting’s wife Trudie’s much-admired new movie Freak Show.

Shaggy has seemingly always been one to share his good fortune with others. Working alongside charities such as the World-Citizen Project, Food for the Poor, and SOS Children´s Villages International, Shaggy has made a truly life changing difference for people around the world. In fact, causes like this are so near and dear to his heart that in 2009, he even founded his own charity, The Shaggy Make A Difference Foundation.

According to his foundation’s website, “Shaggy was introduced to the Bustamante Hospital for Children whilst visiting a friend’s son who had been admitted there. He was so moved by what he witnessed, that he vowed to do whatever he could to make things better there for our nation’s children.”

The only children's hospital in the region, The Bustamante Children's Hospital in Jamaica is a much-needed resource for the children living there. In 2009, Shaggy learned the true extent of the hospital’s need when he met the father of a 9-year-old girl named Apple. He explained that she was alive due to one of the two ventilators he had donated on a previous visit to the hospital. After this experience, he decided more had to be done to help these children who were desperately in need. Shortly thereafter, the Shaggy and Friends Benefit Concert was born. The concert successfully raised $300,000 with 100% of the proceeds donated to the hospital. Since then, the Shaggy and Friends Benefit Concert has become a biennial event which has raised over $2 million dollars, and helped over 3,500 people since it’s conception in 2009. Whether it comes down to performing for fans, working to make the world a better place, or just staying at home with his five beautiful children, it is easy to see that Shaggy is a down to earth guy who just wants to live his life to help others.

Lazaro Diaz, founder of Lazaro Soho, and Shaggy have remained friends and fellow jewelry connoisseurs since early in their careers. Along with a video of their 2018 Grammy performance reposted from a fan account, Lazaro shared a heartfelt sentiment to his dear friend. “So happy for you @direalshaggy. it's been a long time. I remember doing photo shoots with you, picking out jewelry and making some really sick one-of-a kind pieces. So proud and happy to see you. You deserve it. Your friend always. – Lazaro”

Over the years, and for his performance at the 2018 Grammys, Shaggy chose to wear custom made, one of a kind Lazaro dog tag necklaces.  If his look inspires you, and you’d like a similar piece, you can check out our Handmade 18K Gold & Silver Dog Tag, or our Sapphire, Diamond & Silver Dog Tag Pendant.

Shaggy and Sting’s eagerly anticipated new album titled 44/876 will be making its debut on April 20th of 2018. It has been described as “reggae fusion” and is sure to peak interest with its bold and fresh sound. The pair plan on touring North America and Europe to promote the new album later this year. Although there have not yet been any hints as to the track list of this album, if “Don’t Make Me Wait” is any indication, we are in for a treat. As always, we wish Shaggy and Sting well, and we know they will do great. 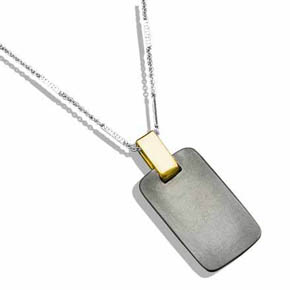 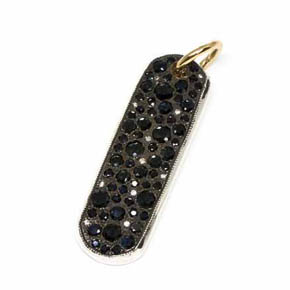