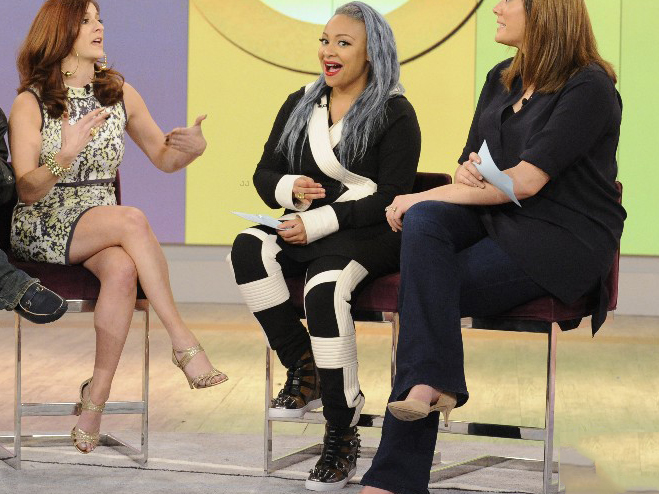 Everyone loves a good TV show reunion long after the show is on the air and the actors have moved on. This month “That’s So Raven” fans were in for a treat when the cast had a little reunion on ABC’s morning talk show “The View”. “That’s So Raven” aired from 2003 to 2007.

Raven Symone was the star of the show and today is one of the cohosts over at “The View” so it was the perfect place to host the reunion. Raven was joined by former costars Anneliese Vander Pol, Orlando Brown, and Kyle Massey, where they discussed why they felt their comedy show was such a hit. The cast agreed that it was a mixture of approaching serious topics in a lighthearted way matched with great comedy and group chemistry. That chemistry is still evident today watching the crew talk, and they even admitted that they still get together to hang out and cook these days despite their busy lives. 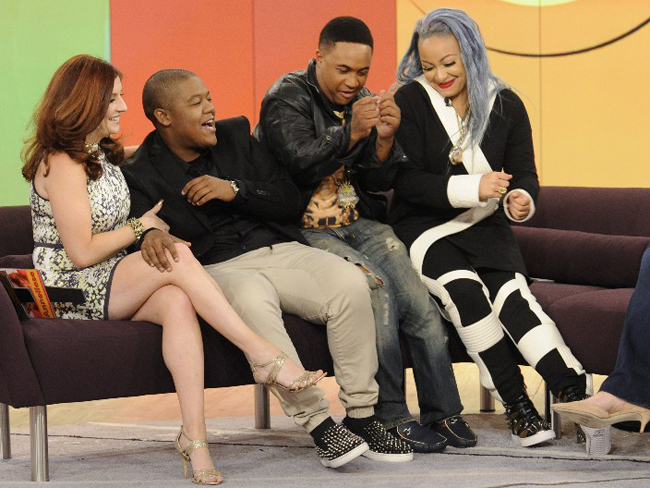 She chose to pair the Samurai Kimono with the Moto Pant

Raven looked great as usual, and for this particular occasion she chose to wear Lazaro's Samurai Kimono and Moto Pants, a move that proves menswear can be worn as edgy wear on anyone. The Samurai Kimono is a black and white men’s coat that has wrap elements and details reminiscent of a traditional kimono.

The wrap is slightly asymmetrical when draped open, with a wide white trim and a hoodie for both style and function. The coat looks great when fastened closed as well, and gives off a different look than when it’s left open for added style versatility. Raven wore it wrapped across her chest.

She chose to pair with the Samurai Kimono with the Moto Pants, which match in a black lightweight cotton jersey and the same white trim accenting both the sides of the pants but also the inside seam, as well as a vertical move across the knee area. The pants have a drawstring and can be worn both for an elevated casual vibe or more dressed up embracing the sportswear trend.

As for accessories, Raven went with clean black and white sneakers in the same color family so as not to distract from the outfit and instead helped tie it together. She rocked a bold red lip and purple hair, completely making the outfit her own.

Both the kimono and the pants are available in other colors, and can be found without the white trim as well for a subtler but still bold choice in menswear. Color options include black, ivory, and cement gray which make the Samurai Kimono and the Moto Pants ideal closet staples to work in with any current wardrobe. 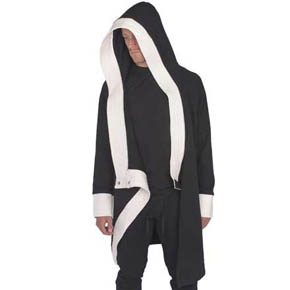 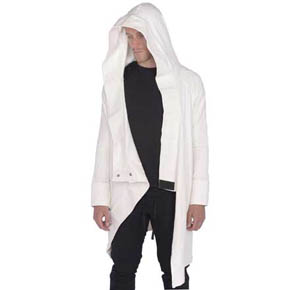 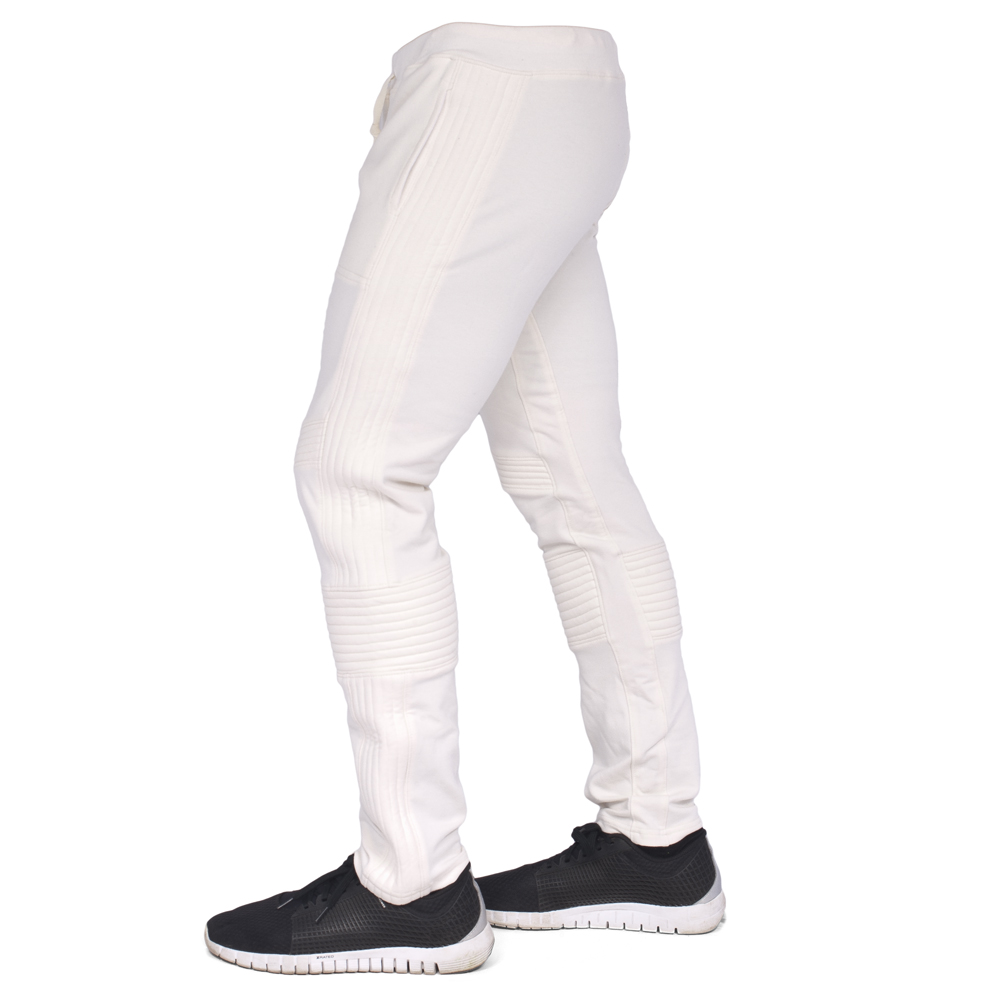 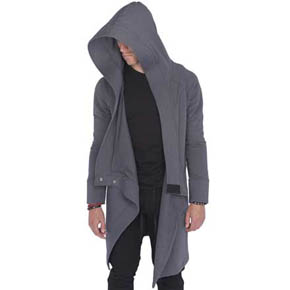 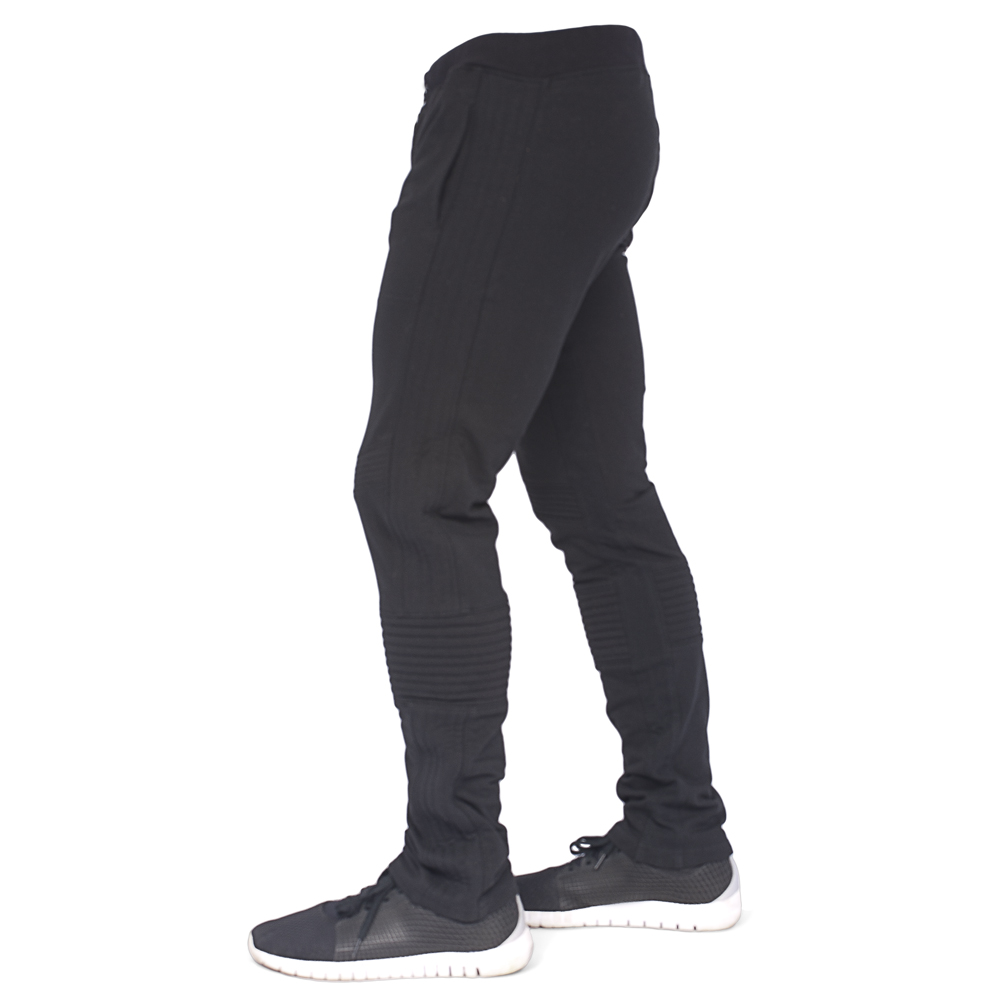 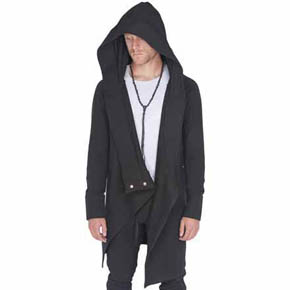 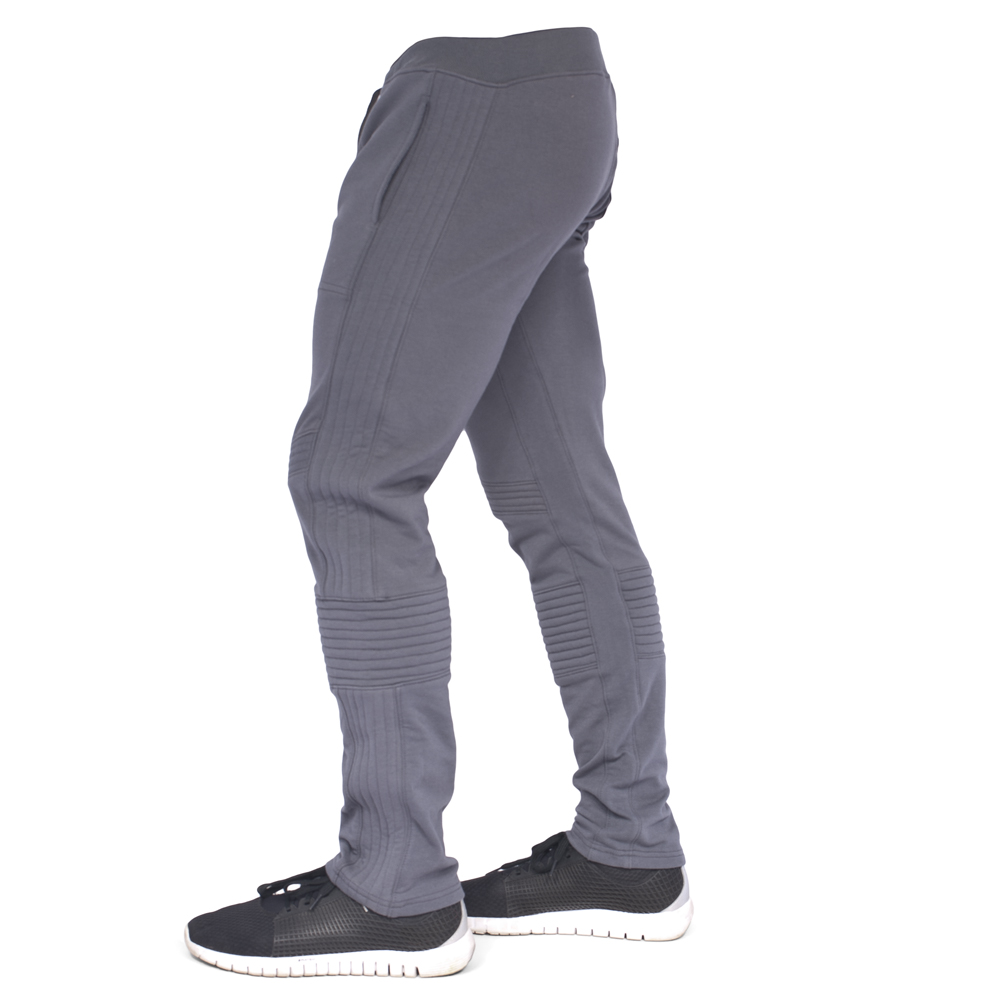