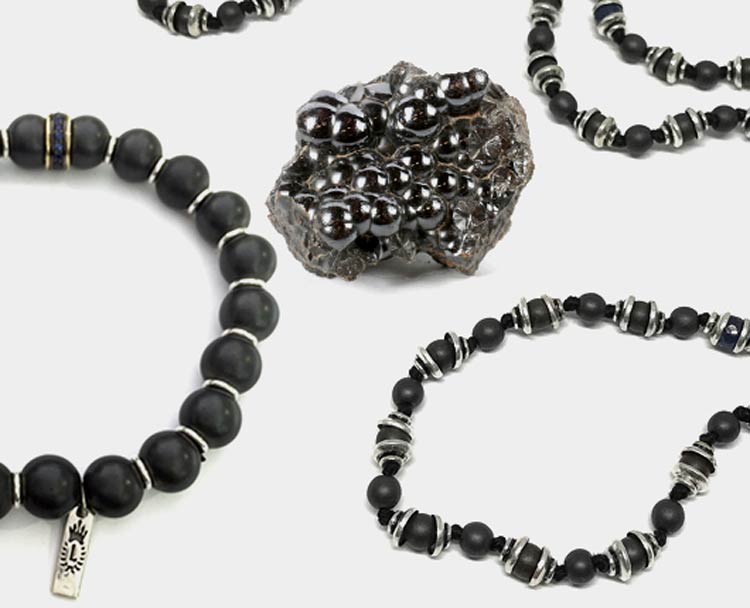 Hematite is an extremely common form of iron oxide; the word "hematite" is a Greek term meaning “blood-stone” because of its metallic grey or reddish color. The mineral is also used in the coloring of clay or ochre, which is commonly used in pigmentation. It can also be used in intaglio engraving and gilding.

Hematite Properties Around the World

Hematite can be found all over the world, but the most productive deposits are in Michigan and Minnesota in the United States, as well as, in Russia, Switzerland, Morocco, South Africa, China, India, Brazil, and Australia. Hematite is even found on Mars, which suggests that there was water on the planet at some point. This is what gives the land its distinctive reddish-brown color and earned Mars its "Red Planet" nickname. Hematite can be found in igneous, sedimentary, or metamorphic rocks, though most large deposits are sedimentary.

It rates about 5.5-6.5 on Mohs scale of mineral hardness, making it very durable for jewelry. Hematite is naturally paramagnetic, which means it is slightly attracted to magnetic fields, and becomes strongly magnetic when heated. A process called magnetation allows miners to use magnets to collect hematite from old mine by-products called tailings.

The metallic black or grey color makes it great for men’s jewelry. Lazaro Soho utilizes hematite in many different pieces from beads to cabochons. Two popular examples are the simple 8mm Hematite Bead Bracelet or the Hematite Men’s Bracelet, which are great pieces for pairing. Hematite beads serve as stunning backdrops for many of our signature pieces such as the Mary, Feather & Cross Multichain Silver Necklace and the Python Skin and Silver Raven Skull Pendant on Hematite and Ruby Bead Necklace.

There are a few different varieties of hematite such as kidney ore, oolite, martite, iron rose, rainbow, and specularite, however, all are known to carry a red streak. The differences lie within the crystal formations, color distributions, and inclusion of other minerals including micaceous, crystalline, or fibrous.

The Many Uses of Hematite Properties

In addition to being used for both women’s and men’s jewelry, hematite is used for pigmentation, as well as, industrial production and for heavy media separation, radiation shielding around medical or scientific equipment, and ballast for ships. The early discovery of hematite's red pigmentation by man, contributed to its usage in many ancient cave paintings around the world. Valued for its opaque, permanent color, hematite was also used in Renaissance paintings, both on its own and mixed with white to produce colors that worked for flesh tones. Hematite is used to produce a material called “jeweler’s rouge,” which is used to polish brass, gold, and silver.

A great deal of “hematite” jewelry is actually made from something artificial called “magnetic hematite” or “iridescent hematite,” though it is usually noted when stores do this. Of the natural stones, the most preferred is polished with silver coloring. Lazaro Soho utilizes natural hematite in our jewelry, which has particular healing properties. Hematite properties of healing provides grounding and a balancing energy, and is a powerful aid to stimulate the mind, enhancing memory and evoking deep and original thoughts. Along these same lines, hematite properties of healing stimulates concentration and focus.

Hematite protects us by strengthening our connection with the earth, making us feel safe and secure. It endows us with courage, strength, endurance, and vitality. Hematite utilizes the magnetic qualities of our yin-yang energies to balance the meridians within the body and to provide a stable equilibrium between the ethereal nervous system and the physical nervous system. It focuses energy and emotions for balance between the body, mind, and spirit.

Wearing hematite jewelry can dissolve negativity and prevent you from absorbing the negativity of others. Hematite boosts self-esteem and survivability, enhances willpower and reliability, and imparts confidence. It helps the wearer to overcome compulsions and addictions, so is great for things requiring strength, such as the discontinuation of overeating, smoking, or other forms of overindulgence.

Hematite is sometimes referred to as "blood-stone" in the capacity that it restores, strengthens, and regulates the blood supply, aiding blood conditions such as anemia. Hematite stimulates the absorption of iron and formation of red blood cells. It also has a form known as kidney ore that supports the kidneys and regeneration of tissue. Use hematite to assist is the treatment of leg cramps, anxiety, and insomnia. Additionally, hematite aids spinal alignment and fractures. It is one of the most healing stones you can wear, which is part of the reason Lazaro Soho utilizes hematite in as much men’s jewelry as possible and is also one of the reasons it is so popular with Lazaro Soho clientele. 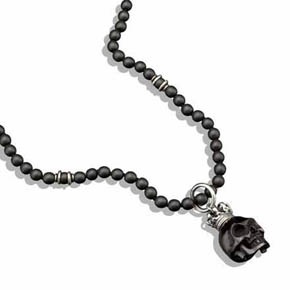 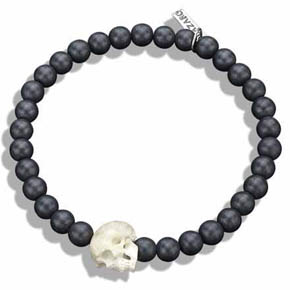 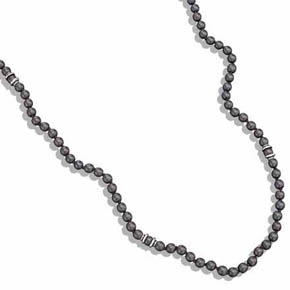 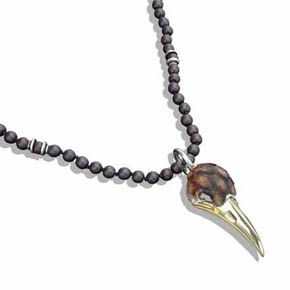