Properties of the Coral Gemstone 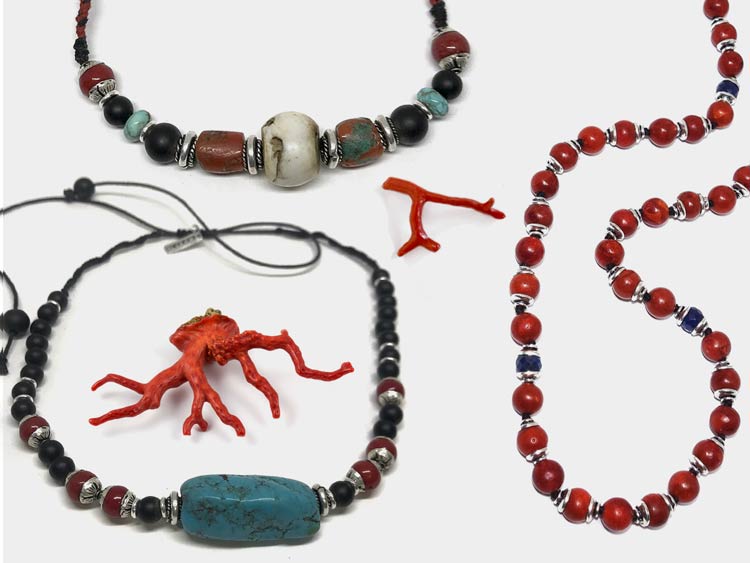 Properties of the Coral Gemstone

Coral used in jewelry is constructed from the calcium carbonate skeleton of a marine invertebrate animals related to sea anemone and jellyfish. They form in living colonies of polyps. The calcium carbonate skeleton protects the polyps and as the polyps reproduce, the colonies grow in size. Most corals get their energy and nutrients from the photosynthesis of tiny, single-cell protozoa called zooxanthellae that live inside their tissue. These tiny plants can make up as much as thirty percent of the polyp’s tissue, providing color and energy for the coral as well as helping with the calcification and creation of the skeleton. In exchange, they receive a safe place to live and nutrients in the form of carbon dioxide and nitrogenous waste. When temperatures change or pollution levels rise, the coral can be ejected in a process known as coral bleaching because it causes the coral to lose much of its color.

Corals that rely on photosynthesis need sunlight, growing best is clear, shallow water. The formation of coral reefs attract the attention of many people via scuba diving and snorkeling. Other corals can live in deeper waters. Differing light levels and water movements can influence the growth of the reef to be columnar, plate-like, bushy, or various types of structure. New polyps look for light away from shallow, populated waters. It is rare for a new colony to form, because the conditions have to be perfect. Individual polyps are much more susceptible than colonies, and they need a hard surface they can attach to. Typically, new polyps simply extend the existing reef closer to the surface and the shore, though they sometimes split or fragment to form new colonies.

Reef Properties of the Coral Gemstone

Coral reefs attract a great deal of ocean species, because they provide both food and shelter. Corals are the most diverse marine ecosystems, and they are sometimes referred to as the “rainforests of the sea.” Coral reefs are usually found in tropical or subtropical waters, where they come to be known as fringing, barrier, or atoll reefs. Reefs are formed when colonies of coral attach to one another. There are some incredibly famous reefs around the world, such as the Great Barrier Reef, but they cover less than one percent of earth’s surface and less than two percent of the ocean bottom. Coral reefs grow incredibly slowly, adding approximately half an inch in height per year. The Great Barrier Reef spans sixteen hundred miles along the coast of Australia. It is important to protect these endangered animals from overfishing, pollution, ocean acidification, and the introduction of invasive species.â€‹

Colorful Properties of the Coral Gemstone

Coral's come in a variety of colors including red, blue, and black, but at Lazaro Soho we prefer the deeper red corals. The plant matter within the coral causes most of the coloration, other pigments come from the coral itself, which differs based on the type of coral. Coral goes beautifully with a number of other materials, a Lazaro SoHo favorite is the Limited Edition Multi-Stone Wrap Bracelet, which also includes wood beads, South Sea pearls, conch shells, turquoise, tiger eyes, rubies, and silver. Other popular coral men’s jewelry include the turquoise, coral, and bone bead men’s bracelet and the simple, yet dramatic Silver & Red Coral Necklace.

Healing Properties of the Coral Gemstone

Wearing coral can offer a number of spiritual, emotional, physical and intellectual benefits. Representing diplomacy and concurrence, quieting the emotions and bringing peace within the self. The coral gemstone facilitates intuition, imagination and visualization in addition to expediting and accelerating the transfer of knowledge. Physically, coral strengthens the circulatory system and the bones of the body. It stimulates tissue regeneration and nourishes blood cells, and is used to treat disorders of the spinal canal, the alimentary canal, the nervous system, and the thalamus. In addition, coral can absorb negative energy and promote friendship, passion, wisdom, optimism, balance relaxation, and protection. 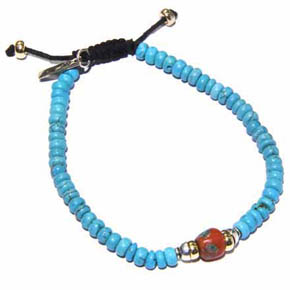 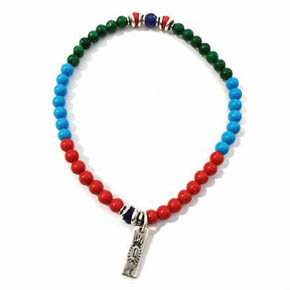 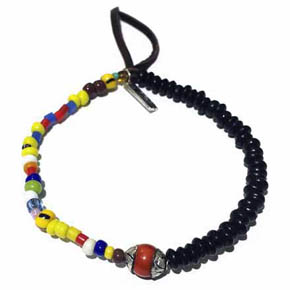