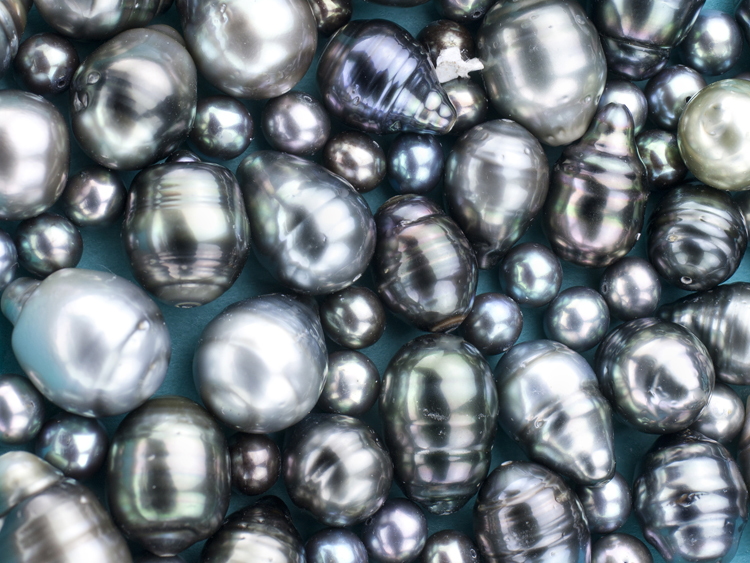 How a Pearl is Made

When a foreign object gets inside a mollusk, such as an oyster or in freshwater a mussel, the animal covers it with layers of a substance called nacre, which forms a pearl. This can happen naturally, by chance, but this is rare and difficult to find, which makes “natural” pearls extremely valuable. Today, nearly all pearls are “cultured,” which means that a bead is placed inside the oyster or mussel, which is then put back in the water so that the pearl can grow and later be harvested. These pearls tend to be much more consistent in shape and size because we have some control over the size and shape of the irritant inside the oyster.

There is still, however, a great deal of variety among cultured pearls. All pearls are organic, which is one of the things we love about them. At Lazaro Soho, we use primarilyTahitian south sea pearls, but also sometimes fresh water pearls and mabe pearls. Mabe pearls are ones that grow attached to the inside of the oyster’s shell rather than within the tissue of the mollusk. An example would be our 18K Silver Freshwater and Mabe Pearl Bracelet. We occasionally use techniques on the pearls to fill them with bronze, do a bronze inlay, or add silver rondelle to the pearl such as in our Pearls with Bronze Inlay Bracelet. We also use mother of pearl, which is from the inside of a shell and consists of that same iridescent nacre that forms in layers around a foreign object to make a pearl. Pearls come in a variety of colors, shapes, and sizes, which allows us to choose what will work best with our vision for each particular jewelry design.

We use freshwater pearls in some of our designs, such as the Freshwater Pearl & Silver Hematite Bracelet, but the majority of our pearls are saltwater. Freshwater pearls are much quicker and easier to culture, as mussels can produce up to fifty pearls while oysters can’t produce more than three. They also tend to be oblong, where saltwater pearls tend to be rounder. Our saltwater pearls come from the South Pacific Ocean rather than Japan, which is the largest producer. The warm water Tahitian pearls are much more likely to be black than the Japanese ones, and are known for their large size. and we use these black pearls in a lot of our most popular jewelry for men such as the Crocheted Leather South Sea Pearl Men’s Bracelet or our Claw and South Sea Pearl Necklace. Pearls can also be found in colors such as white, pink, blue, green, yellow, orange, brown, and grey, for example.

How Much are Pearls Worth

The most valued pearls are those that have the most round shape, largest size, and best color. You can judge the quality of a pearl by its “orient” or the iridescence of light refracted by the nacre and its “luster” or how reflective and shiny it is. Also check for the thickness of the nacre and any flaws or irregularities of color in it.

It is also very common to make imitation pearls, and you can tell the difference by rubbing the pearl gently against your teeth. If it is an imitation, it will feel smooth, while the real thing will feel slightly rough. You do need to be careful if you do this test, however, because pearls are quite low (2.5-4.5) on Moh’s scale of hardness and you could damage the nacre.

It is said in early cultures that the pearl was born when a single drop of rain fell from the heavens and became the heart of the oyster. They are also called the teardrops of the oyster and have become the symbol of purity and innocence. Pearl is the birthstone for June. 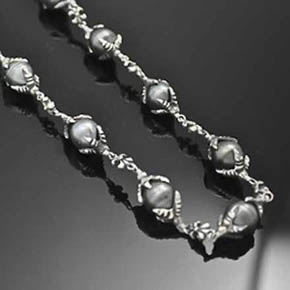 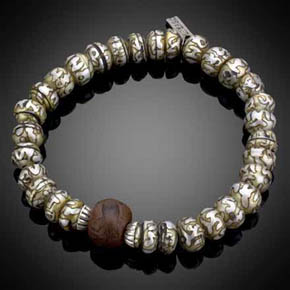 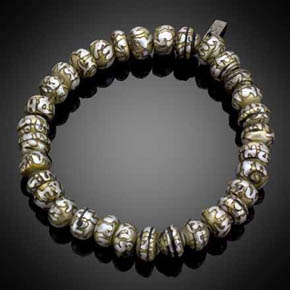 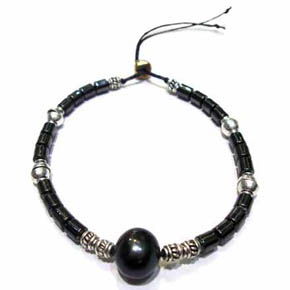 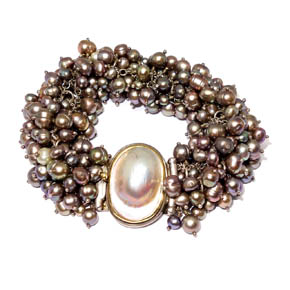