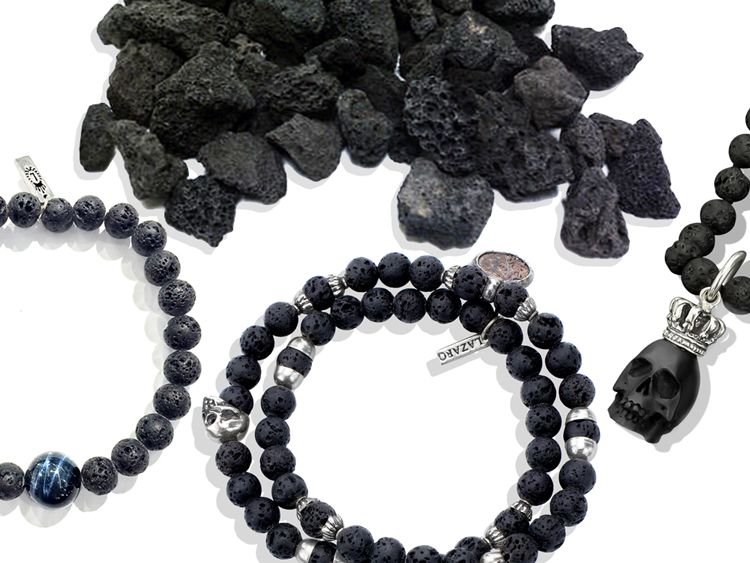 Lava stones are light and comfortable to wear, and they look rough and unpolished. This rustic and powerful combination makes them perfect for men’s jewelry, and here at Lazaro Soho, we use them primarily as beads in our men’s bracelets and necklaces. They are a very common stone and an affordable alternative to more polished and shiny black gemstones such as spinel or onyx.

Where is Lava Stone Found?

The lava stones used in jewelry are igneous rocks formed by the cooling of lava from volcanoes and can be found anywhere there are volcanoes. The beads look coarse, with all the visible holes and cracks, but they will not scratch your skin as they are actually polished to feel smooth. Lava stone comes in all sizes and shapes, and while Lazaro Soho exclusively uses the black stones, they can also be found in brown or reddish colors. An example of a piece with smaller lava stone beads is our Engraved Lobster Clasp Lava Bead Necklace and one with slightly larger lava stone beads is our basic Limited Edition Lava Bead Bracelet.

Lava stones offer a great variety, and their appearance differs based on a number of factors including the viscosity of the lava, the slope of the ground it flowed over, and the rates and temperatures at which it erupted from the volcano and at which it cooled.

The first time lava stones were used in jewelry was in the 18th century after the buried cities of Pompeii, Herculaneum, and Stabiae were discovered in Italy and people wanted the stones as souvenirs. Cameos and intaglios of gods, mythological creatures, and archaeological motifs were carved from lava stones and represented a status symbol for the sophisticated traveler. These common stones were made into brooches, rings, bracelets, necklaces, and earrings and sold to tourists.

Lava stones represent power and strength. They are about adjusting to change in the way that lava goes from extreme heat to stabilizing as it cools to form these rough and manly beads. Lava is the perfect combination of the heat from inside the earth and the coolness and comfort of the land itself. It thus brings together the qualities of fire such as passion and energy and the qualities of the earth such as restraint and peacefulness. Lava stones are about grounding and growth, as lava actually creates new land, and about renewal, starting fresh, and clearing the slate. It is also associated with fertility. This makes lave stone jewelry the perfect gift for the man who is starting out on a new venture, be it in work, love, or another area of his life. 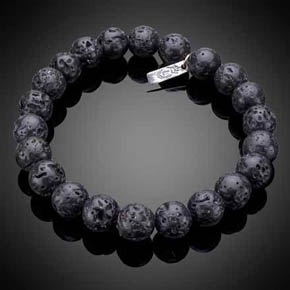 Limited Edition Lava Bead Bracelet
$105.00
Out of Stock
Save for Later
Add To Cart Add to Cart 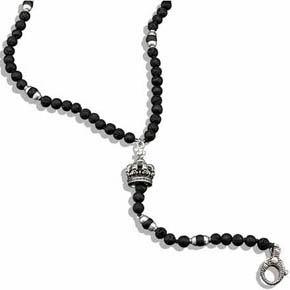