Joshua Mullane, guitarist in the underground rock band Van Hoorn (Sydney, Australia) has recently gotten a lot of attention with their guitar driven singles "Birdy" and "Cocaine". Heavy hitting tracks like these, make it easy to see why their fans are so dedicated. The band has drawn from the influences of Jack White, Elvis, and Johnny Cash and they have built a creative sound that will connect with fans of the big blues rock sound that has entered the public consciousness this past decade.


The Rise of Joshua Mullane and Van Hoorn

Joshua Mullane picked up the guitar and connected with the Blues from a very early age. He spent much of his childhood traveling all across Australia listening to only a few records, namely Son House, R.L. Burnside, Elvis, Cream and Canned Heat. He almost lost his life when he suffered third degree burns as child. After the tragedy Joshua found a great deal of comfort and solace playing the guitar in the style of his heroes. In Van Hoorn's first year they toured Afghanistan in support of the Australian troops. They have played big events like Vogue's Fashion Night Out, opening for David Jones, as well as appearances on national television. Van Hoorn also toured Australia with the Kooks in 2013. He is a VOX brand ambassador, and he plays their AC30 Cream Heritage Amplifier with Blue Alnico Speakers.


Cheyenne Tozzi: From Model to Musician

Van Hoorn's lead singer, Cheyenne Tozzi, is a well known Australian model who has graced the covers of German Cosmopolitan, Mexican Vogue, and French Madame Figaro Magazine. She has recently been working on solo her album, and she is a Ovarian Cancer Research Foundation ambassador.

Joshua Mullane recently posted a pretty awesome shout-out to us on Instagram showing off his Ray Bans, a black leather coat, a gun, and his Lazaro SoHo ring. The designer men's ring that he is wearing is our silver alien skull ring for men. It is an iconic piece that is part of our expansive collection of skull jewelry for men. He looks great in it, and we hope to see more great music from these immensely talented musicians. If you haven't heard their music yet it shouldn't be long considering how fast this band is breaking out.

Check out Alien Skull Ring he is wearing in photo here. 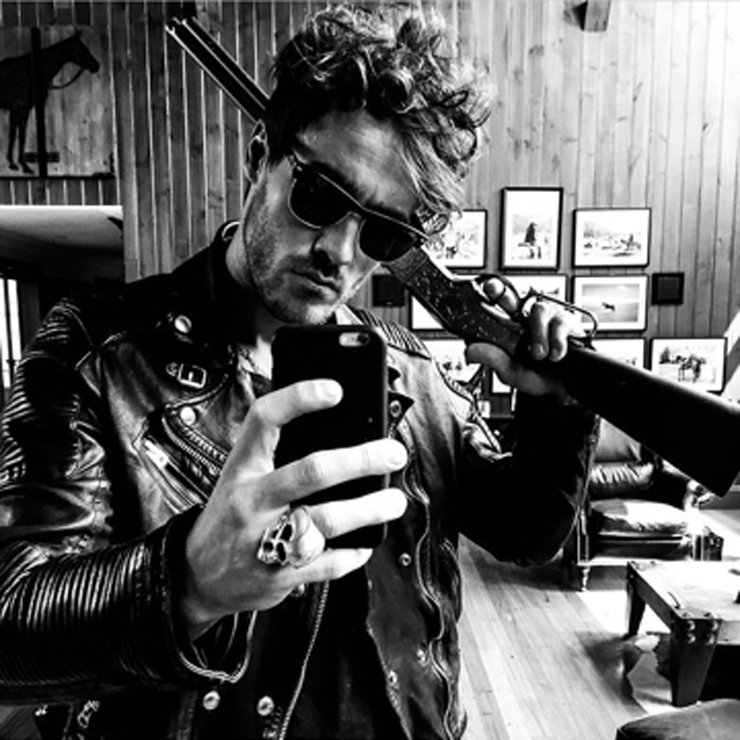