The article describes her as "effortlessly unmanufactured, vibrantly and unconsciously herself."  Her fellow Resident Evil co-star Milla Jovovich talks with her about the roles she has played alongside Vin Diesel, deceased actor Paul Walker or Colin Farrel in movies like the Fast & Furious, Blue Crush or S.W.A.T.  She asks her about the movie Girlfight and the image of female empowerment she represented in that film.  Michelle Rodriguez has had an interest in ancient religions and different spiritual traditions, she talks about being drawn to the religions of the places she visits more than anything else.  Michelle Rodriguez grew up between the Dominican Republic and Jersey City.  The new line of necklace that she wears like the The Short Braided Matte Leather Necklace draw from different cultures mixing hand-braided leathers, onyx, pearls, silver and gold.  She is an actress who had to overcome to get where she is.  The beaded necklace by lazaro emphasizes a unique spirit within her.  She says that she never got attached to anything she was. Although she admits that when she was growing up she survived by being funnier rather than tougher, both her and the jewelry she wears are still as tough as they are beautiful. 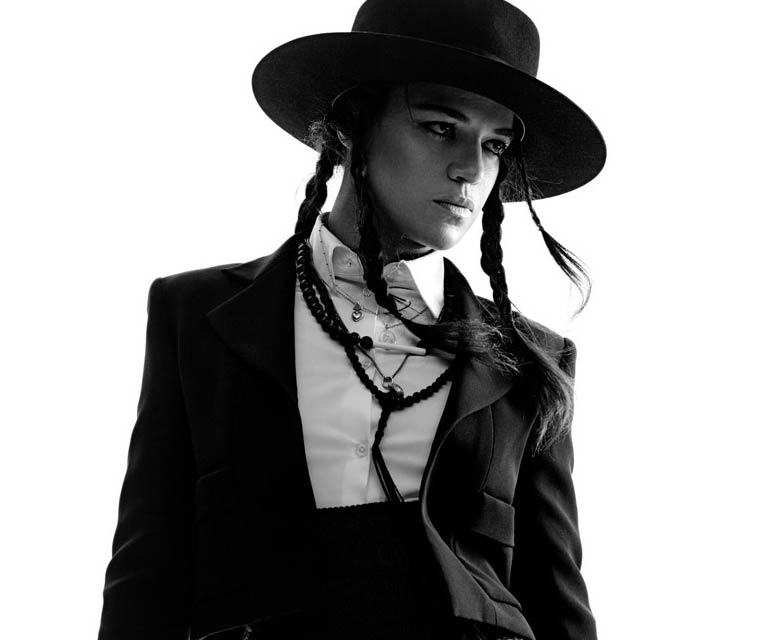 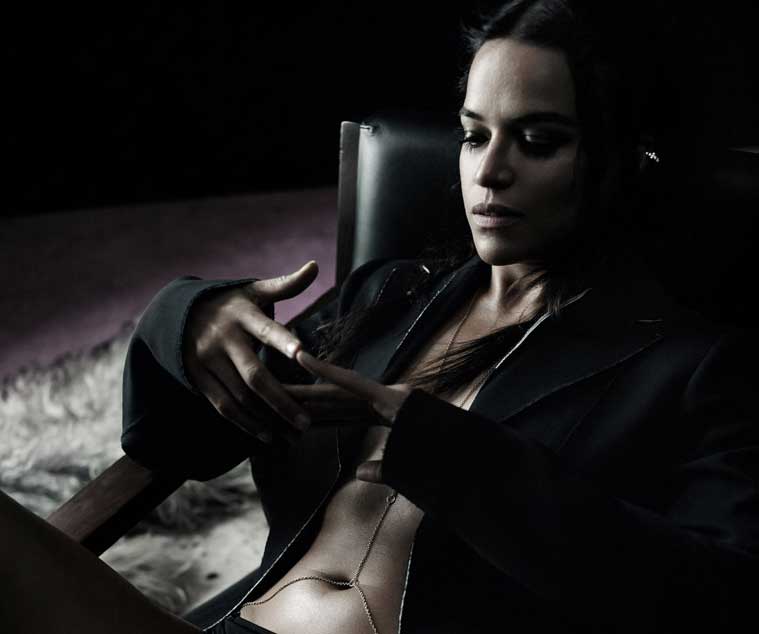 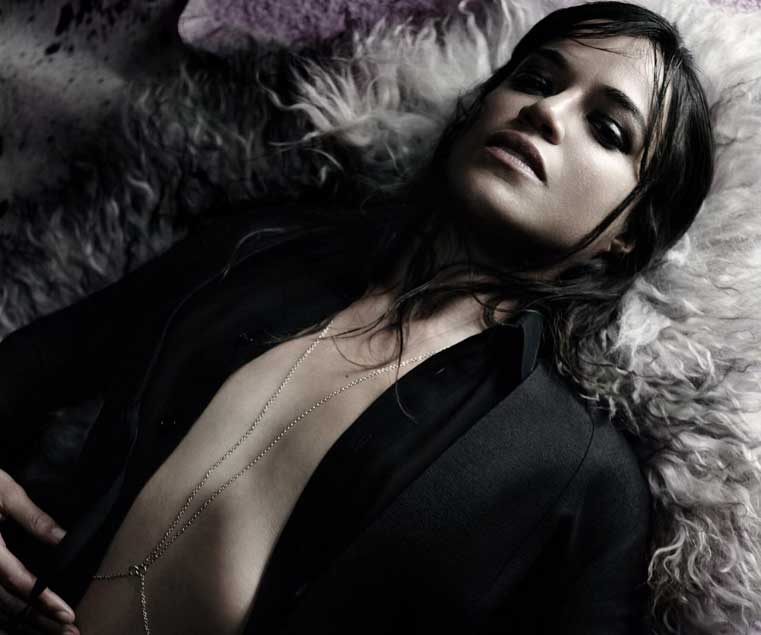