Posted by Gary Burnett on 6/15/2014 to Press News
DJ Tiësto pioneered electronic dance music with remixed tracks like "Adagio For Strings" and his debut solo album "In My Memory". He began to produce music under his own record label, Black Hole Recordings, back in 1997 with Arny Bink. Tiësto is known to break rules with six hour solo sets that proved that they could draw "the kind of crowds that rave culture had made an expectation." He is constantly moving beyond any one sound and his label has released anything from trap music to tech house. Tiësto has left his stamp on Electronic music. He is seen here wearing a lamarque jacket from Lazaro SoHo. Lazaro has left its mark on men's jewelry and also stays on the move. Tiësto's black leather jacket is the kind of statement in men's fashion made by Lazaro SoHo - One that is complex and refuses to stand still. It's an easy fit for Tiësto. It's all part of a collection of clothes for men from Lazaro SoHo that includes men's designer clothes like rock T shirts and men's shoes. 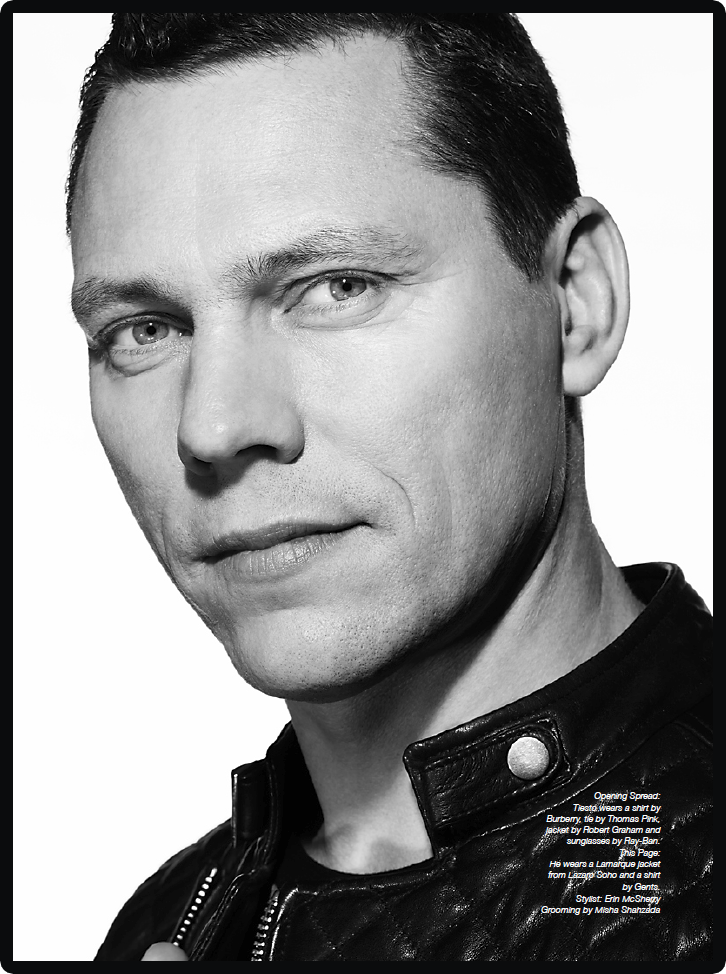